Showing posts from September, 2015
Show all 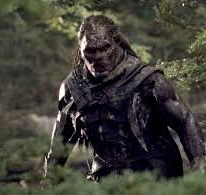 If J R R Tolkien wrote a triathlon race report it might go something like this ... It was still dark night when I set off to tackle the beast known as Monster Man.  My trusty steed ShadowFelt loaded and ready for battle.  We set off only to be greeted by a blinding rain, a storm of epic proportion. Undeterred we persevered till dawn finally broke.   Now within the sight of the battlefield the gray clouds appeared in place of a rising sun.  A light mist filled the air as thick as the apprehension in my inmost being. The quest began with a swim of 750 meters across the lake deep in the valley through depths unknown.  With this complete I quickly acquired my mount on ShadowFelt and set off up the misty mountain in search of this Monster Man foe. Climbing higher and higher we ascended.  Now as the terrain freed of climb we headed out full stride.  Faster and faster we went as ShadowFelt gave its best. Descending and ascending we looked to attack this said Monster M
Post a Comment
Read more
More posts