Showing posts from October, 2015
Show all

How to Survive a Zombie Run 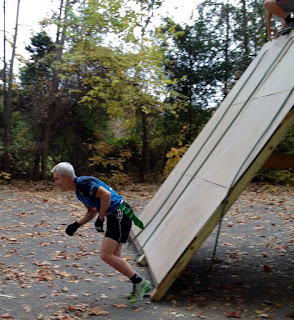 This past weekend was my second Zombie run, but first time as a runner, and not a Zombie chaser. The event was a 5k at Fowler Park featuring several obstacles, lots of hills, and of course numerous Zombies trying to chase you down. You wore a belt like flag football with 3 flags. Kind of like flag football over a 5k in the woods. The event started at the covered bridge, you had to climb a 6 foot wall, and then the first set of zombies were waiting just on the other side. Tip Number 1: Run with a group to keep the Zombies at bay The second obstacle was a 12 foot wall, but thankfully it had a rope (actually a rubber hose) to make the climb, and descent on the other side. Tip Number 2 : Wear shoes with particularly good traction Tip Number 3: Wear light gloves for the climbing After the second obstacle we proceed into the first wooded section where you guessed it, several more zombies awaited. Here is where I made the crazy move of going out on my own. A couple of
Post a Comment
Read more
More posts