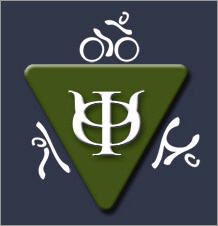 Raced the Lake Lemon (Bloomington, Indiana) triathlon this past weekend.  This has been an annual event for me the last three years since the race started.  The race serves as a close to the season so I like racing it for a variety of reasons, but somewhat sad this is my last one for the year.

Like years past I went down a day in advance with Greg Lucas and we did the race course setup.  Set the swim buoys for the course and the bike racks.  Greg’s son Tyler is one of the Race Directors so it’s a family affair.  Tyler and his fraternity at IU put this race on, and how many college fraternities could manage to run a non-profit triathlon, and keep it safe and organized?  Probably not many, so I like helping them out.

Maybe the toughest part of the weekend was smelling the barbeque that was being held for the IU Swim Team while we were setting the swim course.  We ate peanut butter sandwiches while the team feasted and played volleyball.  We did our best to make up for it was a large Mother Bears pizza later that evening.  Needless to say we didn’t leave much in the way of left overs.

Race morning the air temp was about 55 and the water temperature around high 60’s.  Greg and I both started the swim in wave two of three.  The swim course is a ½ mile triangle around the lake.   Got off to a great start then ended up swallowing a mouth full of lake water before the first turn buoy.  Not sure how I did that, but my mind wasn’t so keen on what I was doing for a while after that.  Finally exited the swim and ran the hill up to transition.  Pulling the wetsuit off for the first time this year was a fiasco, but I finally got it and made quick work on the bike transition.

The 16 mile bike ride was about like usual except that I had a college age companion on and off for the whole ride.  He would pass me on the hills, and I would get by on the flats and down hills.  Got around Greg a little ways before the half way turn around and just after passed teammate, and super swimmer Emily Oiler who started in wave 3, 2 minutes behind me.   After the turn around I saw I wasn’t getting much of a gap on them, which is bad news for me.  The last 8 miles of the ride were okay, just trying to stay with my college friend #81.

Hit transition 2 after the steep downhill bike finish and got the bike racked, shoes and socks on (normally I skip the socks) and got down to the business of running 3.1 miles.  My legs were still cold from the ride and didn’t feel at all good.  The first mile on the run is up the steep hill you just rode down.  I got passed by a couple of people on this section including #81 which didn’t feel so great.   Just before I got to the top of the hill Ryan Shanahan was flying past in the lead and I got to yell out to him as he headed in for the win.  Made it to the top of the hill, and then ran down a steep hill to the turnaround at the half way point.   Saw Greg just after the turnaround maybe 20 second behind me and Emily just a little ways passed him.  I figured between me and Greg who ever got to the top of the second steep hill would finish first in the 50+.  I was listening for footsteps the whole way to the top, but made it before I heard them.  Cruised downhill to the finish and got some encouragement from Kim and Ron Page who were then cheering on Ethan (who finished a solid 7th overall for the day).  Felt surprisingly good after the finish compare to how I felt trying to run the hills.

Well it’s been a really good year for triathlon for me.  I had some issues late in August and early September with my training health wise, but other than that I have no complaints.  Not sure what next year will bring, but this is a great sport and I don’t want to quit anytime soon.   Besides all that energy would just turn to meanness.  This is a much better alternative …

ahettlinger said…
Looks like you passed me up. I started in the first wave and finished 39th. Not to shabby for my second triathlon.
September 27, 2011 at 7:06 AM