Showing posts from December, 2010
Show all

What to do when you retire 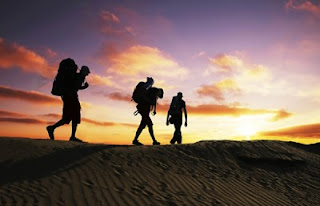 No, I'm not retiring anytime soon, but hopefully I will someday and even then I don't plan to sit and watch the daises grow.  Had a short conversation with someone who plans to retire this month so I asked him if he had any big plans.  The answer was a rather brief one and no big plan seemed forthcoming. For a guy who can't sit still what would I try an accomplish during retirement?  Had a thought on that subject last evening and came up with an idea.  Pack a car full of hiking gear and head west.  Visit the major national parks on the way until we get to Lone Pine California and cap it off with a hike up Mt Whitney.  Head back via the more southernly route and hit the Grand Canyon on the way home.  That should take a good two months and can easily be repeated each year with new as well as favorite sites. One of my other thoughts on the subject is learning to sail.  My one attempt at that in a little Sunfish sailboat was totally comical.  That alone should take me month
1 comment
Read more
More posts