Showing posts from June, 2011
Show all

Swimming at Half Moon Cay 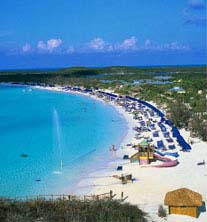 Last week we had the opportunity to take a cruise with Carnival Cruise Lines to Half Moon Cay, and Nassau Bahamas.  While I’m in my key weeks of training for the Muncie Ironman 70.3 triathlon it wasn’t the best for training, but I did get to swim at the best location ever.  If you get the opportunity to visit Half Moon Cay, bring your goggles and plan on a great swim.  Can’t begin to tell you how beautiful this beach is.  What really surprised me as how calm the water is and perfect for swimming.  The beach features a floating safety line with two sections; the longer one is well over a ¼ mile.  Did and out and back swim next to the line to start, then as the crowd picked up I switched to the shorter section and did a few laps next to that line.  The water is crystal clear turquoise that is just as beautiful as it gets.  Just before the cruise I was at my planned race weight of 137.  I haven’t hit a scale yet, but I’m sure I gained a few pounds that I will have to work back off befo
Post a Comment
Read more 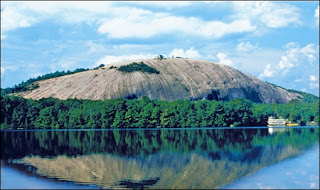 Having been to Stone Mountain, which is just outside Atlanta, I've watched cyclist fly by as I visited the park.  This time is was my turn as I got to ride and run the paths around the park on the way to our Florida vacation.  Had some time early on Friday June 10th to get in a 20 mile ride and 7 mile run around the park.  Just a great place to ride and run.  Plenty of hills, smooth roads and nice shade to enjoy the morning. Using it as a quality session I pushed the pace hard on the bike till around the 20 mile mark my Ergopower shifter jammed in top gear.  Well I planned to ride further, but no worries, I just put the bike back in the car, fetched my running shoes ran 7 miles instead of 5.   Hills were a good challenge, and the shade on 90% of the course made it a lot easier than it would have otherwise been. After heading back to the hotel I got sometime in the afternoon to check Google what the problem with the shifter might be.  Found an article that said 99% of Campy Ergo
Post a Comment
Read more
More posts