Showing posts from November, 2017
Show all

How to live without hate 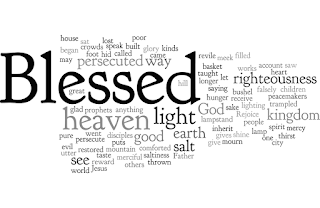 In my 59 years on earth I have heard, and seen many forms of hate.  That considered, I don’t know of any that top the massacre at the Sutherland Springs First Baptist Church.  The cold blooded massacre of women and children was clearly planned as the gunman fired 15 magazines of bullets regardless of whom he was shooting at.  It’s hard to even carry that much ammunition. While you might be tempted to think this type of hate is something new, it’s clearly not.  Recently I studied the Reformation considering it’s the 500 th anniversary of the event.  If you look at what happened just afterward, hundreds of thousands of people were killed over relatively small differences in beliefs in how to worship correctly within the church.  Did they not read Ephesians 4:31 “Get rid of all bitterness, rage and anger, brawling and slander, along with every form of malice”?  Did they not consider the most peaceful words ever spoken were directly from Jesus from the Sermon on the Mount? If a k
Post a Comment
Read more
More posts