Showing posts from July, 2016
Show all

Your Value as a Human Being 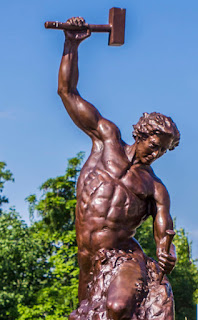 Your Value as a Human Being Genesis 2:7 Then the Lord God formed a man from the dust of the ground and breathed into his nostrils the breath of life, and the man became a living being. The Body We indeed are made of the common earth elements (the dust of the Earth): 65% Oxygen 18% Carbon 10% Hydrogen 3% Nitrogen 1.5% Calcium 1% Phosphorous 0.35% Potassium 0.25% Sulfur 0.15% Sodium 0.15% Chlorine 0.05% Magnesium 0.0004% Iron 0.00004% Iodine Total worth about $4.50 The Mind Yet on closer examination just looking at the human brain which contains 100 billion neurons, each with about 10,000 synapses.  It has been estimated that the brain of a three-year-old child has about 1 quadrillion synapses.   In fact if you considered all complexity within multiple, interconnected systems that are within your makeup, you are beyond imagination. God turned common dust into the most complex system on earth.   The Spirit The spirit/conscience/soul
Post a Comment
Read more
More posts